In order to transfer the Roland JU-06A presets you’ll only need to copy the sysex-files to the internal drive of your JU-06a.

First, connect the JU-06A to a Mac or PC via USB and start the unit in “drive mode” by pressing and holding the bank button (2). It will take about 20-30 seconds to boot. Second, open the JU-06A drive on your computer and make sure to backup your existing library first as the next step will erase your patches. Third, copy the JU-06A backup files into the “RESTORE” folder of the “JU-06A” drive. If there isn’t such a folder, you have to manually create one.

After copying is completed, eject the USB drive and then press the ARPEGGIO [ON/OFF] button. Once the LEDs have completely stopped blinking, turn off the power Eventually, reboot your unit and make sure the switch on the JU-06a is in the JU-06a position as these patches are made for the Juno 60 emulation.
Zum Vergrößern anklicken.... 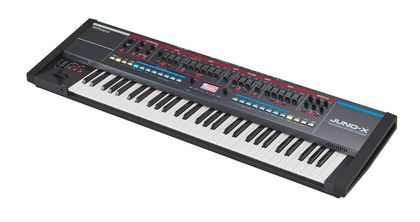